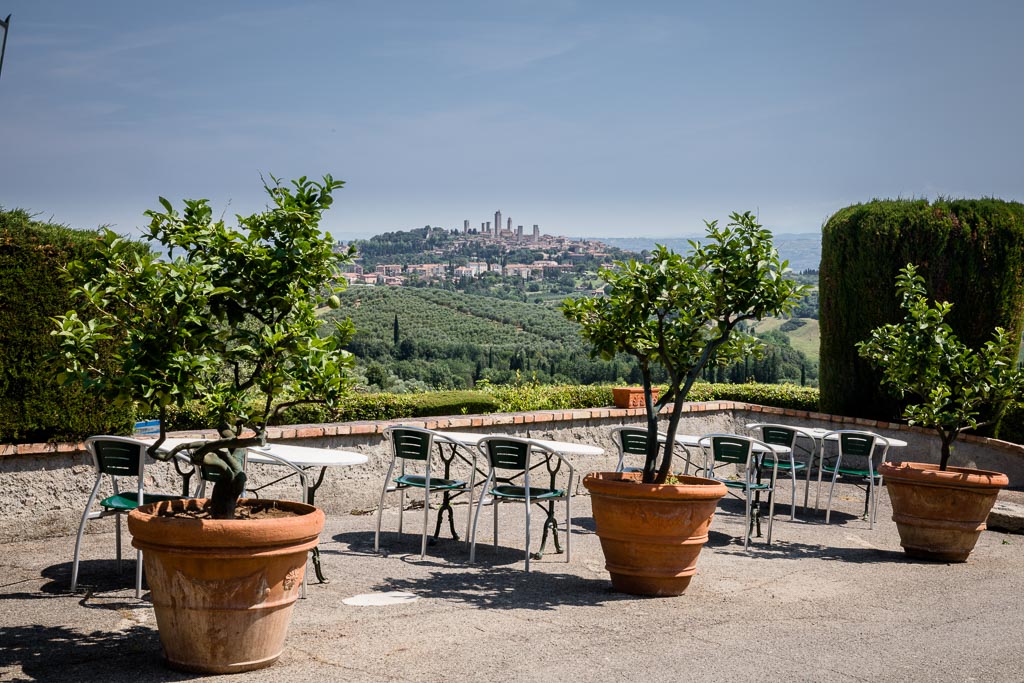 Hotel Pescille is strategically located 3 km from the iconic city of San Gimignano.

From the hotel you can easily reach by car the many artistic-historical attractions of the nearby cities of art: Volterra, Colle Val d'Elsa, Siena, Firenze.

One of the most iconic medieval cities in Tuscany, a UNESCO heritage site since 1990, San Gimignano is known as the Manhattan of the Middle Ages, thanks to the 72 towers (now 13) that characterized its skyline in its heyday.

A visit to the characteristic streets that lead to the Cathedral, the Palazzo Comunale with the Civic Museum and the Pinacoteca, the Torre del Podestà, Piazza della Cisterna and the numerous churches is a must.
http://www.sangimignanomusei.it/

San Gimignano is famous for Vernaccia, a white wine produced in a small area of Tuscany between Siena Pisa and Florence coinciding with the municipal area of San Gimignano. VERNACCIA was the first Italian wine to receive the Controlled Designation of Origin (DOC) mark in 1966 and in 1993 it had the DOCG. 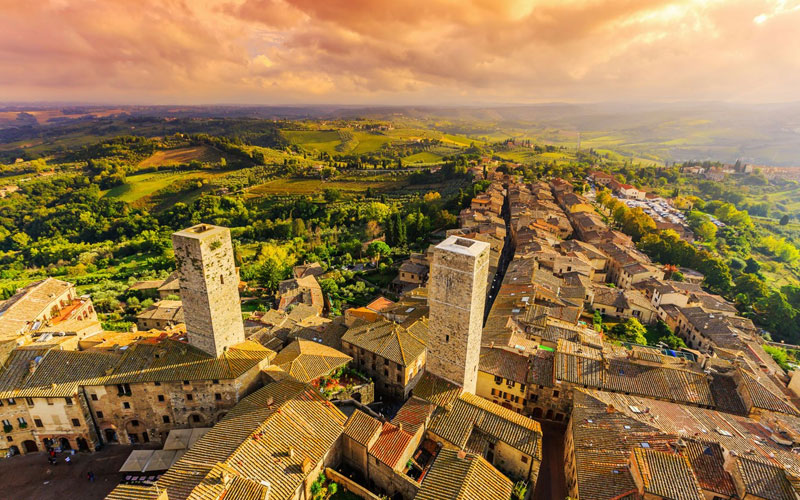 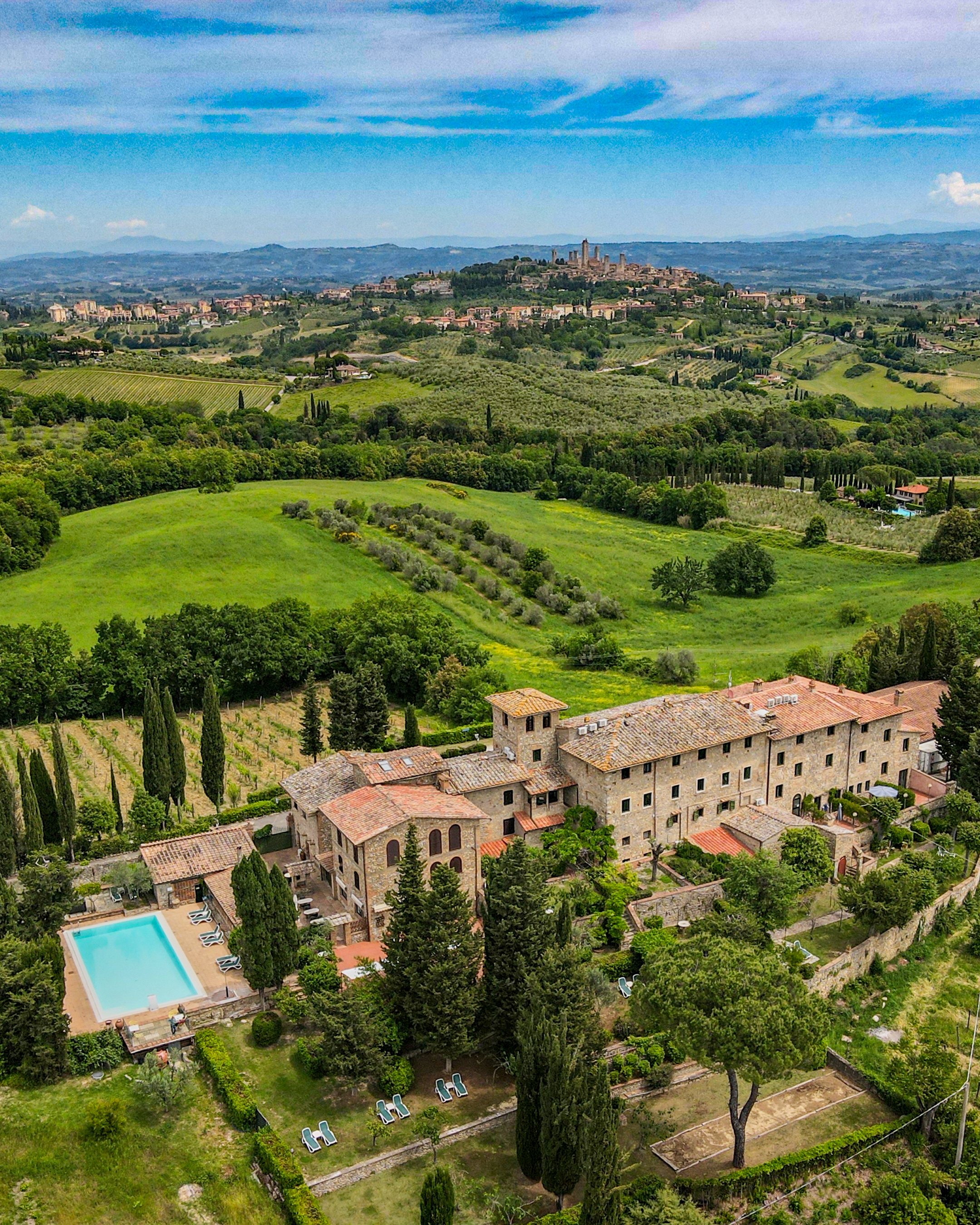 The Pescille Hotel is in the countryside. We recommend a car or taxi.

By train / bus: the closest station is Poggibonsi. We recommend a taxi from Poggibonsi station to Hotel Pescille.

WHAT TO VISIT IN THE SURROUNDINGS

The Hotel is in the countryside, ideal for trekking and biking lovers. We are close to Etruscan Volterra, Casole d'Elsa and Certaldo, the birthplace of Boccaccio. Starting point for CHIANTI and its vineyards, with Castellina in Chianti, Radda in Chianti and the many villages found on the Strada dei Castelli del Chianti. Monteriggioni is also worth a visit, a stage for pilgrims on the Via Francigena which leads to the famous Siena with its Piazza Del Campo. Traveling along the Cassia road, passing through small villages such as Badia a Passignano, you arrive as far as splendid Firenze, which can also be easily reached by the motorway from Poggibonsi. The Hotel is also a starting point for Lucca and its Walls, Pisa with its leaning tower, Etruscan Coast, Argentario and Elba Island. 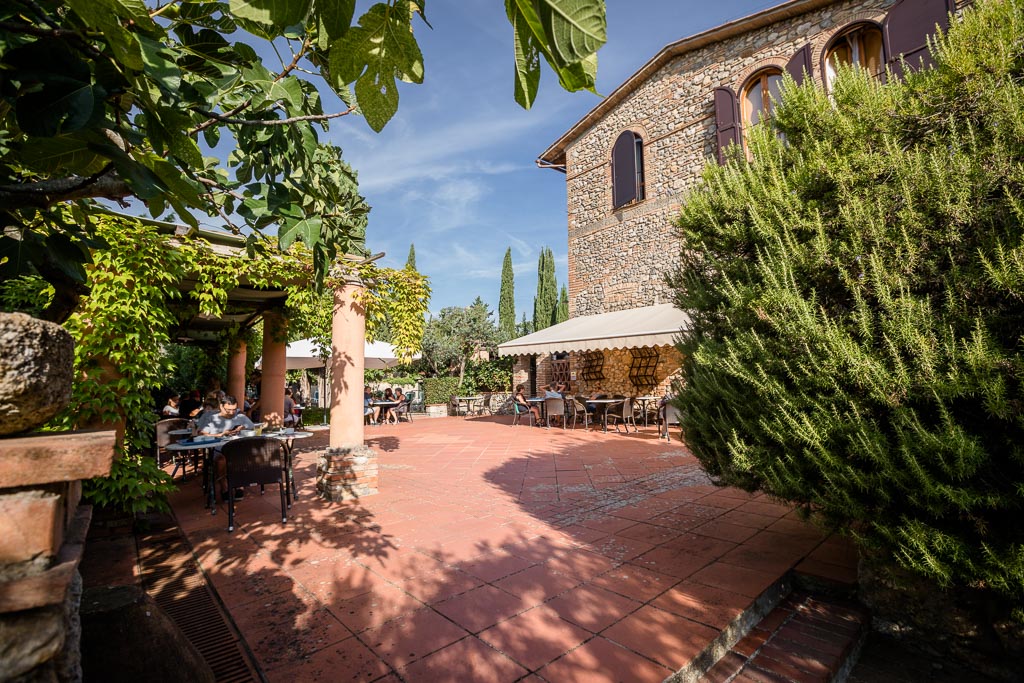